He has always excelled through-out his educational period, showing and paving the way for more quest of knowledge; driven by curiosity.

He went on to achieve his objective and primed his way to his target. Read along to find out about his travails in the field of education.

He completed his Bachelor of Medicine, Bachelor of Surgery (M.B.B.S), Medicine, Surgery in the year 2001-2005. That did not stop him from achieving other credentials. He took up the Internship in Surgery and Medicine at Grant Medical College in the following year 2005-2006. Striving more to get the perfect take-off into a career of Aesthetic and Plastic Surgery; he completed his Doctorate of Medicine (M.D), Plastic Surgery Residency Programme from DNB National Board of Exams, New Delhi in the year 2009-2015.

Finally, he saw his destination within reachable steps and lunged forward to complete his MNAMS, Plastic Surgery in the year 2016 and has been pioneering the field since then with his brilliance and the most important humble interaction with his patients.

His Experience
His service to his patients is un-paralleled. His humble and easy to approach mindset has seen him entrench himself in the minds of his patients. No doubt, his experience has taken him across the country.

His first stint came about in the year 2006 to 2007 as a Medical Officer at the Civil Hospital, Government of Maharashtra, Alibaug. His tireless efforts saw him become a messaih of the down-trodden and all strata of society. He later took a major step to move to Kerala and was an intern at the Super Speciality Medical Trust Hospital, Ernakulam, Kochi from 2009 to 2014. Thereafter, he remained with them as Resident Doctor from 2014 to 2015. He worked with an entirely different mindset at Kerala. The language did not prove to a hurdle in his efforts to reach out to his patients. He slowly and with a single mind devotion worked on his Malayalam and came to be one of the most popular go-to-Doctors in Kerala. He remained as Consultant, Microvascular, Reconstructive, Cosmetic Surgery at Medical Trust Hospital for the entire period.

He moved to other areas in Kerala and became a Consultant at KVM Hospital at Chertala, Kerala from 2015 to 2016. He moved to greener pastures in the year 2016 and became Asst. Professor and HOD, Senior Consultant for Microvascular and Cosmetic Surgery at MOSC Medical Mission Hospital and College. Now he provides his knowledge and expertise in the areas of Aesthetic, Plastic and Cosmetic Surgery. 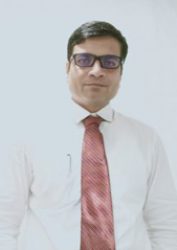 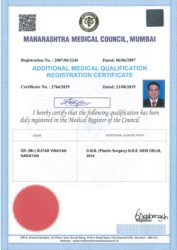 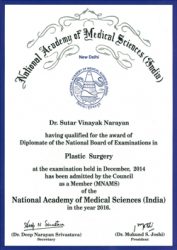 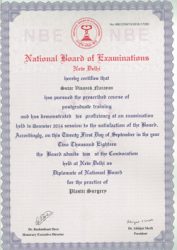